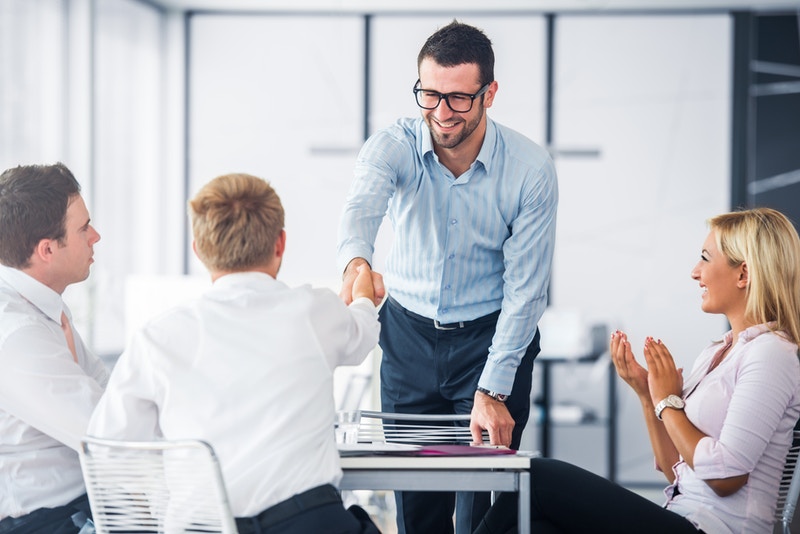 As the unemployment rate in Colorado is once again heading below the 3% mark, all eyes are on the job market. Workers are in high demand, and there are now more job openings than people looking for employment.

To see which jobs grew the most since 2009, COMMERCIALCafé conducted a study at the national and state levels, using data from the Bureau of Labor Statistics. Here are the latest developments they found about the job market in Colorado.

Top Growing Jobs Are in the Industrial Sector, Business and Services

When looking at jobs with a minimum of 500 workers at a state level in 2009, Machine Setters, Operators and Tenders increased the most over the past 10 years in Colorado. With 630 employees a decade ago, this profession grew by 241%, to 2,150 workers by 2018. While the state’s economy is noticeably more diverse now, the industrial sector is still important in Colorado, as many industry-related jobs are on the upswing.

Colorado is also one of the states showing rising demand for farming jobs, as there was a 202% increase in the number of Farmworkers and Laborers, totaling 3,840 employees as per 2018 data. Farming is a historically representative occupation for the Centennial State, and the growth seen in farming occupations reflects this.

If we eliminate the minimum requirement of 500 workers in 2009, the title of fastest-growing occupation in Colorado is a tie between Radio, Cellular, and Tower Equipment Installers; and Repairers and Biomedical Engineers. Each counted 70 employees statewide in 2009 but had grown to 570 in 10 years, resulting in a considerable 714% increase.

Jobs in Colorado with the Most Workers

There are 62 jobs with more than 10,000 workers in Colorado as of 2018. Retail Salespersons lead with 86,610 employees statewide, followed by the hospitality sector’s Food Preparation and Serving Workers with 65,670 people employed. Rounding out the top 3 are Cashiers, totaling 56,710 workers in the state.

Out of the top 10 jobs in Colorado by number of employees, 7 are business-related. Among these are Customer Service Representatives, with 48,120 employees statewide; Office Clerks, with 41,290 workers; and General and Operations Managers, with just under 40,000 employees on a state level.

Hospitality has another entry on the list, with 50,390 Waiters and Waitresses. The healthcare sector is also represented with 51,760 Registered Nurses statewide.

The US’s Fastest Growing Jobs and Their Status in Colorado

The fastest growing jobs overall in the US are Personal Care Aide jobs, which rose by 251% between 2009 and 2018. There are more than 2.2 million Personal Care Aides in the US, and the number of healthcare jobs is expected to grow further, as the Baby Boomer generation retires.

In Colorado, the number of people working as Personal Care Aides also grew considerably over the past 10 years, though by a less steep margin. Ten years ago, 9,280 Coloradans were personal care aides, while in 2018 that number had increased to 27,310 – a 194% increase.

Financial examiners, on the other hand, increased by a full 300% in Colorado over this period. As such, their numbers increased from 330 to 1,320 in a decade. In the US on average, they increased by 125%, representing the third fastest growing job nationwide.

Manicurists and Pedicurists – the third fastest growing profession in Colorado – also added a lot of new members nationally, being among the 7 jobs that more than doubled their workers in the last 10 years.

Looking at the continental United States, jobs in the business and healthcare sectors have grown the most in 30 out of 48 states. The fastest growing jobs in the remaining states are from the arts, services, education and industrial sectors.

The largest sector in Colorado by number of workers is business, with 37% of the workforce – or over 956,000 out of 2.6 million total employees. All continental states have more than 30% of their workforce in the business sector, with the exception of Wyoming. Another 18.4% of working Coloradans are employed in the industrial sector.

Healthcare services – another subject of considerable growth on a national level – have the third largest share of workers in Colorado, totaling 13% of the workforce.

Colorado is 5th nationwide in the percentage of the workforce working in IT. Just under 117,000 Coloradans, or 4.5% of the state’s workforce, have a job in IT. Just under 10% of employees in Colorado work in hospitality. Other industries with a smaller representation include the legal, science and transportation sectors.

The job market is in a constant state of evolution due to a variety of factors such as employer demand, technological advancements and demographic shifts. The directions taken by the workforce in Colorado are similar to nationwide tendencies, with jobs in business increasing in number.  There are also stable numbers in the industrial sector with factory work, like vibratory finishing, remaining a similar levels year in and year out.  Healthcare sector jobs, such as Personal Care Aide, are also on the upswing as demand for medical experts increases. Nonetheless, there are local characteristics which influence the Colorado job market and sectors that played a large role in the state’s history, such as industry and farming, still carry weight.

You can read more about job growth in the US and check state-by-state statistics through interactive maps in the original study at https://www.commercialcafe.com/blog/fastest-growing-jobs/.

The study used data from the Bureau of Labor Statistics’ Occupational Employment Statistics from 2009 and 2018.

To be featured on the list, an occupation had to have a minimum of 500 workers by state in 2009

To be featured on the list, an occupation had to have a minimum of 5,000 workers nationwide in 2018.

Occupations that had the suffix “All Other” were excluded from the study.